Resource ID: R4SCI0016
Grade Range: 8 - 12
Sections
Engage: A Smaller Piece of Something Bigger Explore: Can You Make Sense of This? Explain: Introducing Atoms Elaborate: So Many Models!

Engage: A Smaller Piece of Something Bigger

Russian nesting dolls were first created in the late 1800s by a Russian folk crafts painter and a wood carver. They were inspired by a doll from the island of Honshu in Japan and were introduced at the 1900 Exposition Universelle in Paris. 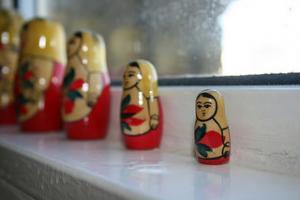 Russian nesting dolls include a large doll that contains many smaller pieces. What other things involve smaller pieces that are parts of something larger? Try the interactive activity below to find out!

Explore: Can You Make Sense of This?

Did you think of a few science concepts that involve a hierarchy like the Russian nesting dolls? There's one below. Challenge yourself to see how quickly you can put these concepts in the correct order!

You have been learning about matter since elementary school. Matter is anything that has volume, mass, and characteristics you can observe and describe. What is matter made of? What is the chair you're sitting in or the computer you're using made of? Think about this as you go on to watch the video in the Explain section. 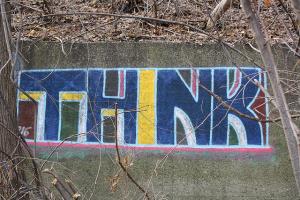 It turns out that atoms are the small parts that make up all matter on Earth, but, we also know that even atoms aren't the smallest "doll" in our Russian nesting doll analogy. Atoms are made of even smaller parts.

Protons: These are located in the nucleus of the atom and have a positive (+) charge. If you are making a list of Pros and Cons, then the Pros are something you feel positive about. Think about this to help you remember that a proton has a positive charge. They have a mass of 1 atomic mass unit (amu).

Electrons: These are located in a large area outside of the nucleus called the "electron cloud." They move quickly around the nucleus, similar to how the planets spin around the Sun. Electrons have a negative (-) charge, and their attraction to the protons in the nucleus keeps them in the electron cloud, much like Earth's gravity keeps the Moon orbiting around us. Electrons have a mass of 0.000549 amu, which is a much smaller mass than that of the protons or neutrons. There is a large amount of empty space between the nucleus and the electron cloud (well, a large amount of space when you're talking about an atom).

Elaborate: So Many Models!

What an atom looks like has been quite the controversy over the last several thousand years. As technology improved, scientists were better able to get a picture of what the atom really looks like. Download the Evolution of the Atomic Model document from the

"Related Items" section below. Explore the slideshow and record in your science notebook information about the different atomic models. Make sure that you draw images of the various models!
Cite Source
Image courtesy of http://www.ndt-ed.org

Just how small is an atom? - Jonathan Bergmann

Parts of an Atom | Chemistry | the virtual school

A Boy And His Atom: The World's Smallest Movie