A proportion is an equation stating that two ratios are equivalent. A relationship that involves a collection of equivalent ratios is called a proportional situation. 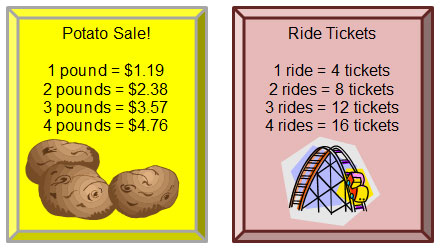 In each of these situations, you can see that the relationships are proportional. For each of the data points, the ratios are equivalent. 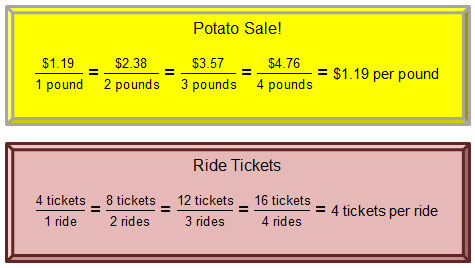 A rate is a comparison between two quantities. When the denominator of the rate is one, it is called a unit rate.

In this section, you will review graphing ordered pairs of points that represent data from a proportional relationship.

Graphing ordered pairs on a coordinate plane is an important way to visually represent the relationship between the two variables in a set of data.

To practice graphing ordered pairs of data, consider the situation below.

Melanie works as a courier. She made a chart of the distances that she drove one day and the time that it took her to drive each distance.

Use the graph to answer the questions below.

How can you identify the unit rate from the graph of a proportional situation? 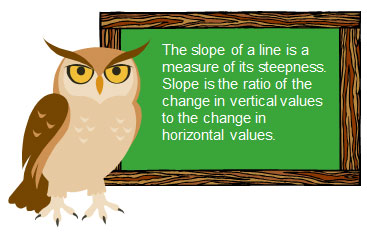 Use the interactive above to answer the questions that follow.

The slope of a line, m, can be represented as the ratio of a vertical distance to a horizontal distance between two points. The line representing a proportional relationship always contains the origin, (0, 0). If one other point is (1, a), why is the slope the same as the unit rate represented by the origin and the point (1, a)?

For each data set graphed below, identify the slope of the line that best models the data. 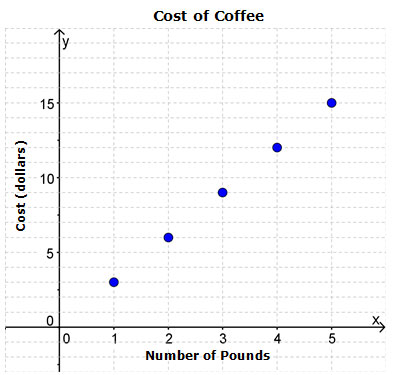 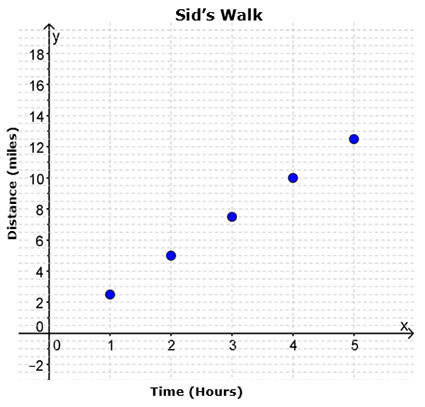 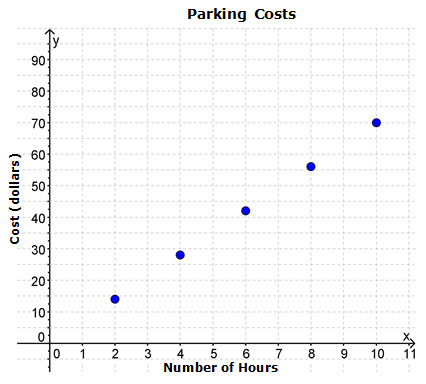 In this lesson, you applied what you have previously learned about unit rates to the concept of slope. For a proportional situation, the unit rate is the same as the slope of the line that represents the proportional data.

In the figure below, the graph shows the cost of avocados. 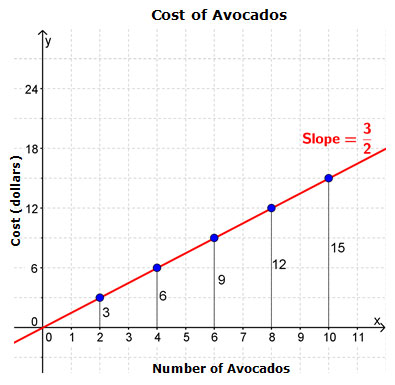 The unit rate from the data is $1.50 per avocado, which is the same as the slope of the line connecting the data points,  .