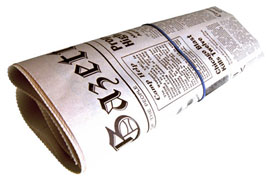 Graphs and charts are important ways to visualize data. They provide people with a way to interpret and make sense of data at a quick glance without having to make calculations.

A variety of people use graphs and charts to communicate information. Journalists use graphs to visually portray economic data, civic data, demographic data, and other important statistics. Advertisers also use graphs to convince people to spend money on a particular cause or product.

However, graphs and charts can sometimes be misleading. A community newspaper featured the article shown below in a recent edition. 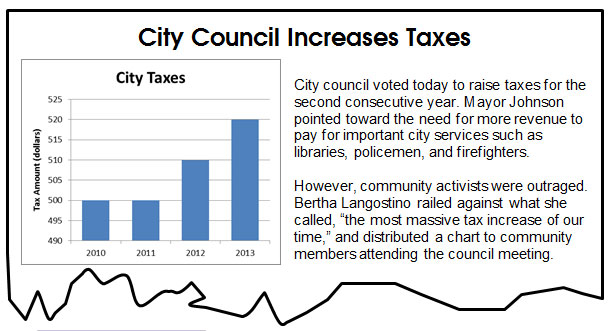 Take a closer look at the graph appearing in the newspaper article. The actual dollar increase from 2011 city taxes to 2013 city taxes is $20. This may or may not be a significant increase in city taxes.

In this lesson, you will investigate different ways that graphs can cause people to make invalid conclusions. You will also study ways to become more savvy consumers of data and analyze whether a given conclusion is supported by data presented in a graph or a table. 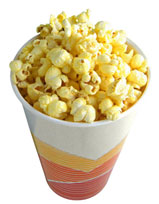 Each year, actors, actresses, directors, producers, and many other talented individuals are nominated for the Academy of Motion Picture Arts and Sciences' Academy Awards, which are also called the Oscars. The table below shows five recent years and the movies each year that received the greatest number of nominations.

Detra and her brother studied this data and made a list of conclusions. Determine whether or not each of these conclusions is supported by the data in the table. 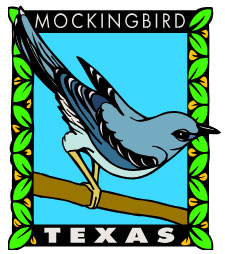 The population of Texas for recent years, according to the U.S. Census Bureau, is shown in the table.

Based on the information presented in the table, decide which of the following conclusions are valid or invalid.

In addition to seeing data in tables, you will also see data presented in graphical form. Consider the bar graph below, which shows the total number of Olympic gold medals earned by United States athletes in different events from 1896 to 2010. 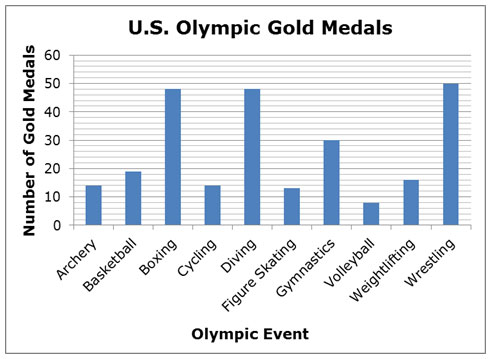 It is important to note that there are events, such as track and field events or swimming events, in which athletes representing the United States have earned well over 300 gold medals. This graph represents a small portion of the total events sponsored by the Olympic Games.

In addition to interpreting graphical information by reading the graph and performing calculations using the data, the structure of the graph could cause misleading conclusions.

The line graph below shows the amount of city taxes paid by the Langostino family for the tax years 2010 through 2013. The graph was provided by their city with the city tax bill. 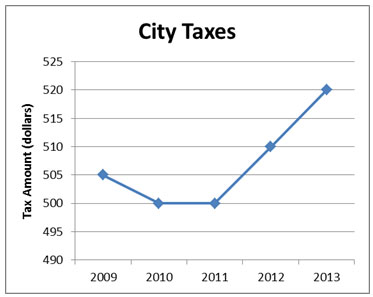 Mrs. Langostino studied this graph and carefully considered each of the following conclusions. Help her decide if the conclusions are valid or invalid, based only on the information in the graph.

The histogram below shows the weight of each of the pitchers for the 2012 Houston Astros. 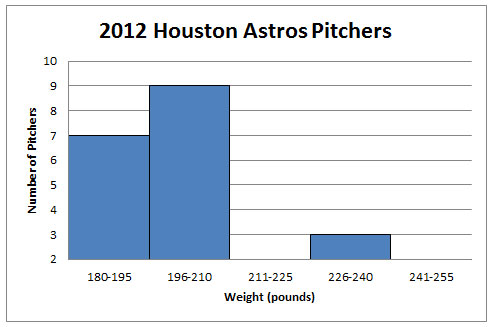 Based on the information presented in the graph, decide which of the following conclusions are valid or invalid.

In this lesson, you have studied tables of data and graphs to determine whether or not they support given conclusions.

In a table of data, it is important to look for the following:

In a graph, you can use the properties or attributes of the graph to help you analyze the information and decide whether or not a conclusion is valid.

Knowing how to critically examine a graph will help you become a better consumer of data, since you will know how to look more closely at the numbers being portrayed in the graph to make sure that the conclusions are valid. You’ll never be able to watch the news, read the newspaper, or look at an advertisement the same way again!