According to the National Safety Council, more teens die in car crashes than  in suicides and homicides combined. However, car crashes among teens are preventable, and parents play an important role in making sure that their teenage children will not be part of this statistic. Here are some facts about teen driving:

Watch the video below and answer the questions that follow.

Take the car-safety quiz below. To retake the quiz, reload the page and then select "No" when the "Resume Quiz" dialog box appears.

Did you know that all objects are naturally persistent? Yes, they are indeed. Objects tend to continue doing what they are doing unless influenced by an external force.

Click on the picture below to play with the simulation. Then, in your science notebook, answer the questions below. 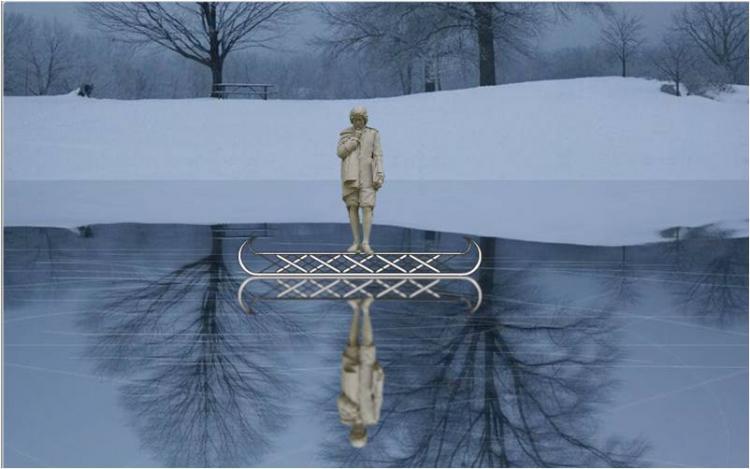 Explore 2: Moving at the Same Rate

Most people are aware that heavier objects require more force to move the same distance as lighter objects in the same amount of time. In this activity, you are going to manipulate the masses of two sleds and the force acting on them to compare their acceleration. 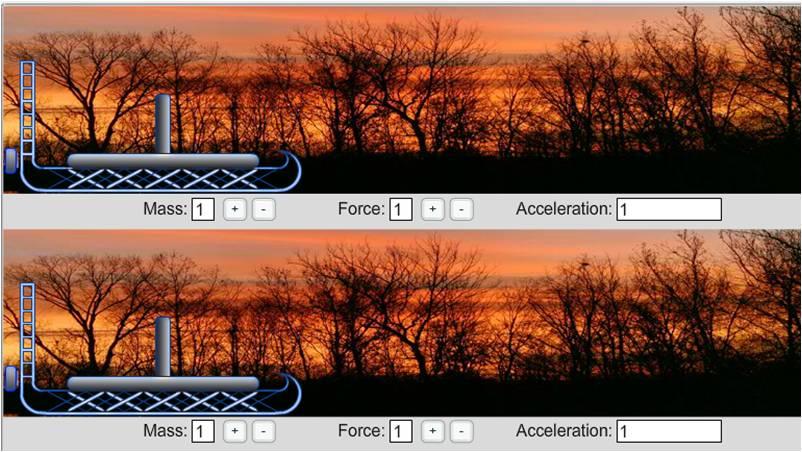 1. In your science notebook, copy the table below.

2. Designate the sled on the top as sled A and the sled below as sled B.
3. You can manipulate the sleds’ masses and forces by clicking on the plus and minus signs.
4. To make the sleds start moving, click on “launch.”
5. Reset to change their masses and forces.
6. Use the simulation to complete the table you created in your science notebook. Change the masses and forces of the two sleds as indicated in the table, and then record the acceleration of each sled.

Explore 3: Equal But Opposite

Why does it hurt when you accidentally bump into a concrete wall? Why do insects splatter when they hit your windshield? In this simulation activity, you will discover what happens when two objects come into contact with each other.

1. In your science notebook, copy the table below.

Isaac Newton introduced the three laws of motion. These three laws were the foundation of the science behind the motion of objects being acted upon by forces. The objects could be large objects, such as planets and stars in the universe, or they could be small objects you can find on Earth, such as cars and baseball. Click on the video below to learn more about Newton’s Three Laws of Motion.

Isaac Newton introduced the idea that the acceleration produced when an object is moving depends on both the mass of the object and the amount of force exerted on the object. In his Second Law of Motion, he described the relationship among an object’s mass, an object’s acceleration, and the net force on an object. This relationship can be written as an equation:

Here’s an example of a problem involving Newton’s Second Law of Motion.

In your science notebook try to solve this problem. Show your work to your teacher once you finish.
A crate is dragged across an ice-covered lake. The box accelerates at 1.18 m/s2 and is pulled by 67 N of force. What is the mass of the box? Round your answer to the nearest hundredth.

Make sure you have Java installed in your computer in order for the simulation to run.

Click on the picture below to start the simulation.

When it asks, "Do you want to run this application?" click "Run."

Take the quiz to check your understanding about Newton's Three Laws of Motion .

This resource is a collection of interactive materials, videos, and other digital media assembled in a conceptually scaffolded 5E lesson format. It provides alternative or additional tier-one learning options for students learning about Newton’s Three Laws of Motion—Physics TEKS (4)(D). The assignments require student participation with self-checked and teacher-checked formative assessment opportunities. For example, after students record observations and data in their notebooks, they may be prompted to be prepared to share their answers with the class.
Review the resource before assigning it to your students to check for prerequisite knowledge, differentiation needs, and student follow-up requirements as necessary. Students will need a science notebook or something in which to record their responses.