Published on Texas Gateway (https://www.texasgateway.org)
Engage: Dog in the Pool

Download the RM-1 Observations of Motion document from the Related Items section below. Use this document to record your observations while exploring an animation. This animation will require Adobe Flash software to view. When you are ready to begin the explore activity, click the image of Isaac Newton below. 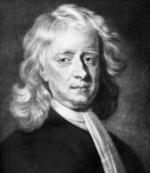 The animation you just explored mimics the behavior of a Newton's Cradle, which is 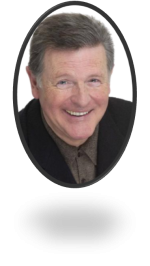 a device invented in 1967 by Simon Prebble, a British actor (seen in the image at right). Prebble named the device in honor of Sir Isaac Newton. What did you observe in the animation?

This has to do with Isaac Newton's third law of motion, also known as the law of action-reaction. His law states the following:

For every action, there is an equal and opposite reaction.

Let's think about the dog floating in the pool that you viewed in the Engage video. As the dog moved to jump, it exerted a force on the floating mat. For every action (the dog leaping forward), there is an equal and opposite reaction (the mat moves backward).

Now, to consider a few other scenarios, click the Newton's Cradle image below. When the website opens in a new window, click the green "Play Video" button.

Challenge yourself with the interactive quiz below!

This resource is a compilation of text, videos, and other elements to create a scaffolded 5E learning experience for students. This is meant for Tier I instruction under the Response to Intervention (RtI) model for grade 8 science TEKS (6)(C), specifically Newton's law of action-reaction.

Be sure to check for prerequisite knowledge and skills as well as differentiation needs by reviewing the entire resource and the related items before assigning it to or working through it with your students.

This resource can be used for instruction in a variety of ways.
• Use with a single computer and projector; this resource can be delivered in a traditional classroom.
• Use with a combination of individual student computers and teacher computer and projector (in either a computer lab or other 1:1 environment).
• Assign the resource to students as work to do outside of the school day as part of a "flipped classroom" to allow application, practice, and additional support during the school day.
• Use with students as tutorials.
• Share with parents to inform them about what their child is learning in school.
• Use with students who are unable to participate in the traditional classroom environment.

Engage
Students view a video of a dog in a pool. The cuteness and humor are meant to engage students and then move them into thinking about the physics phenomena that is happening in the video.

Classroom Options
• Have the video available for students to replay as they explain what they observed.
• Instruct students to brainstorm other occasions where this occurs and then compare and contrast these situations to explain what is happening.

Explore
Students explore a Newton's Cradle animation and document their observation of the motion.

Classroom Option
• If your school has actual Newton's cradles use them with the students for a more authentic experience. A larger version could be constructed with the help of technology and/or CTE teachers and students.

Explain
The Explain connects students' observations and data collection from the Engage and Explore with the concept of Newton's third law, the law of action-reaction. Connecting Newton's law with different examples is important to make Newton's third law relevant to students. The linked video at the end of Explain seeks to cement the concept in students' minds by illustrating other examples.

Elaborate
The video in the elaborate makes connections to rockets, space travel, and Newton's law of action-reaction. There are additional videos in the Related Items section that show additional examples.