Mechanisms of Evolution Beyond Natural Selection

Engage - Evolution Under the Microscope

If you've watched any nature show on TV or video and have seen a lion attacking its dinner, what you are actually watching is natural selection at work for both the lion population and the dinner's population. The surviving organism has a better chance of contributing to the population gene pool, but it's the end of the reproduction road for the one that is eaten or starves to death. Natural selection is the process that determines which adaptations in a population breed success. Scientists refer to the process of natural selection as macroevolution.

Watch the video below to determine if natural selection is the primary factor in the evolution of the bacteria known as Baumannii or if there are other pathways down the evolutionary road.

Cite Source
This image is in the public domain.
Source
This video was downloaded from YouTube 2.27.12.

Iraqibacter absorbed and incorporated gene sequences from other bacteria that conferred characteristics of resistance to antibiotics; therefore, it isn't really considered an adaptation developed by forces of natural selection or mutation. However, now that the bacteria has resistance to multiple antibiotics, natural selection is acting on the population. Unfortunately for us, it is a successful survivor. The study of changes in the gene pool of a species population over time is referred to as microevolution.

Microevolution is evolution of a population's gene pool over time. One example of microevolution is a process known as genetic drift. The effect of genetic drift on the gene pool of a population is quickly obvious because small populations are involved. To become more familiar with the concept, play the genetic drift game below. You will need paper and pen or your science journal to record data and observations as you play. If you prefer, click "Genetic Drift Activity" for an example of a data sheet or download and print a copy to use in the activity.

Explore 2 - Other Changes in the Gene Pool

All organisms have a group of genes that determine proper development of an individual's body plan. They are known as homeobox or hox genes. Because the hox genes "turn on" and "turn off" at specific times, the sequence of development is organized and dependable. That's why body parts of organisms of the same species are the same and in the right places.

So, what happens when there is a mutation? Everyone has mutations in their DNA. Sometimes mutations in genes are advantageous. In fact, scientists believe variation within a species is a result of mutations. If the mutation is in a noncoding section of DNA, then there is usually no effect. However, if it is in a coding section, then it might be a problem.

Build a normal fly in the activity below and then continue through to build flies that have mutations in the hox genes. Could any of these mutations be an advantage to a species population? 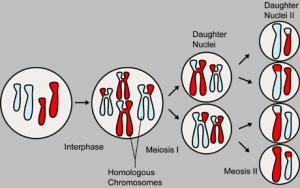 This image is in the public domain courtesy of the National Center for Biotechnology.

Recombination is another method of change in genes at the molecular level. In organisms that reproduce sexually, recombination of genes providing variation within traits in a population occurs during meiosis, the process where gametes, or sex cells, are formed. You can see the results of recombination when you compare how siblings in a family resemble one another and their parents but don't look exactly alike. 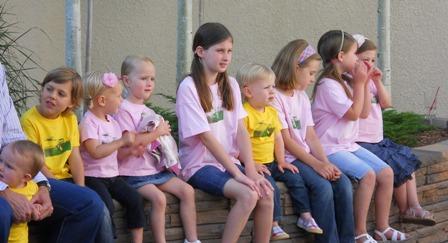 Explain - All Roads Lead to Change

Natural selection is the most obvious route to evolution of a species population. However, there are other ways that the gene pool of a population can change. Watch the video below to gain a better understanding of why evolution is not always "survival of the fittest" through natural selection.

These images are in the public domain.

Wilhelm Weinberg was a German physician who developed an interest in population genetics during his practice. He was curious about Mendel's work and the statistical probabilities of dominant and recessive trait inheritance. G. H. Hardy was an English mathematician who studied the mathematical patterns in allele frequencies. Weinberg and Hardy did not collaborate, but collectively their work has become a standard for studying changes in gene pools.

To help us determine if the gene pool of a population does change, the Hardy-Weinberg Principle states conditions where no change takes place. It may seem an odd approach, but it actually sets a standard by which change can be measured. According to the Hardy-Weinberg Principle, five conditions must be in place for a population to maintain a stabilized or unchanging gene pool. When a gene pool is stable, evolution is not taking place.

Five Conditions For a Non-evolving Population

The conditions described above are only half the story. The real tool for studying gene pool changes is called the Hardy-Weinberg Equilibrium. Watch the video below for a tutorial on how mathematics is used to study evolution as it applies to genetics.