Imagine you are hit on the head and knocked unconscious. Bleary eyed, you wake up to find yourself in the middle of a field. You grab your cell phone from your pocket, but the screen is completely blank even though you know you just charged the phone. You find a dirt road and walk, hoping to find some clue about where you are. As you walk, a very old-fashioned car drives by. You’ve seen cars like this before, but they were in museums or movies, never on the road! To add to the mystery, the car looks brand new. 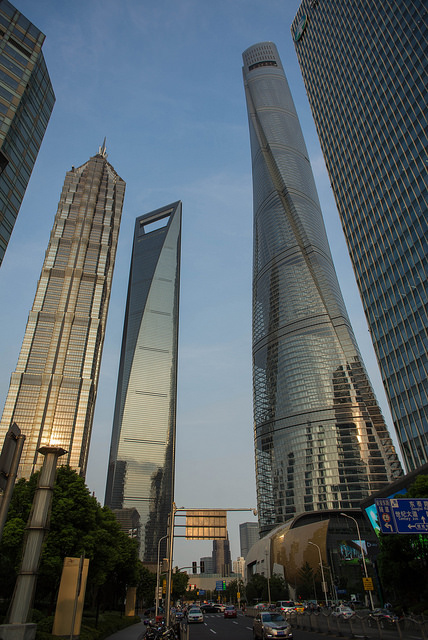 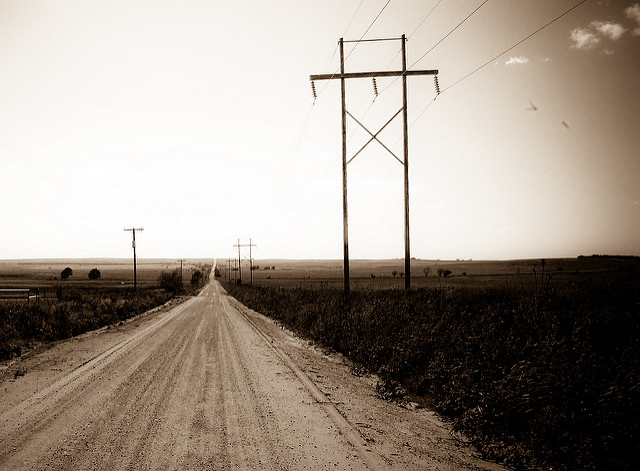 Instead of waking in an empty field, imagine you wake on a sidewalk in a busy city. Skyscrapers tower over you, and busy people rush by, stepping over you but not stopping to help you up. Your cell phone is dead, but you are able to stumble into a cell phone store down the street and ask for help. The man working there scoffs at you, saying that your cell phone is way too old for him to do anything. But, you think, I got it last month!

In both of these scenarios, something strange is happening to you. Clearly, you are no longer in your own time. How do you think the events that follow would be different in each situation? In literary terms, how would the setting (when and where you are) affect the plot (what happens)?

In this lesson, you will review two elements of fiction, setting and plot, and learn how the setting influences the plot in stories.

Plot is the element of fiction that explains the structure, or the order of events, in a story. Simply put, it is the beginning, middle, and end of the story. A German novelist named Gustav Freytag noticed that stories, whether oral or written, follow a certain structure, and if you diagrammed the events of a story, it would look like a triangle or a pyramid. You may have seen this diagram before. It’s called Freytag’s Pyramid. The flat lines before and after are those portions of the plot that are important (exposition and resolution) but that don’t convey much forward movement. They are important but not as exciting as the other elements—rising action, climax, and falling action—because those elements are where the exciting events really happen. 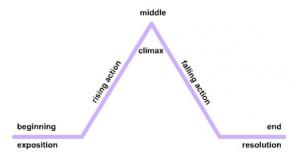 Exposition—The exposition, or the beginning, of the story is the way things are in the protagonist’s life before the story starts. In the example from the introduction, it’s what’s happening to you before you get hit on the head and lose consciousness.

Rising action—The events that lead up to the climax of the story are called the rising action. It’s when the plot starts to move forward. Something changes for the main character, but it’s not the biggest change. Looking back at our introduction, the rising action is when you get hit on the head. That is an exciting event, but it is not the climax. 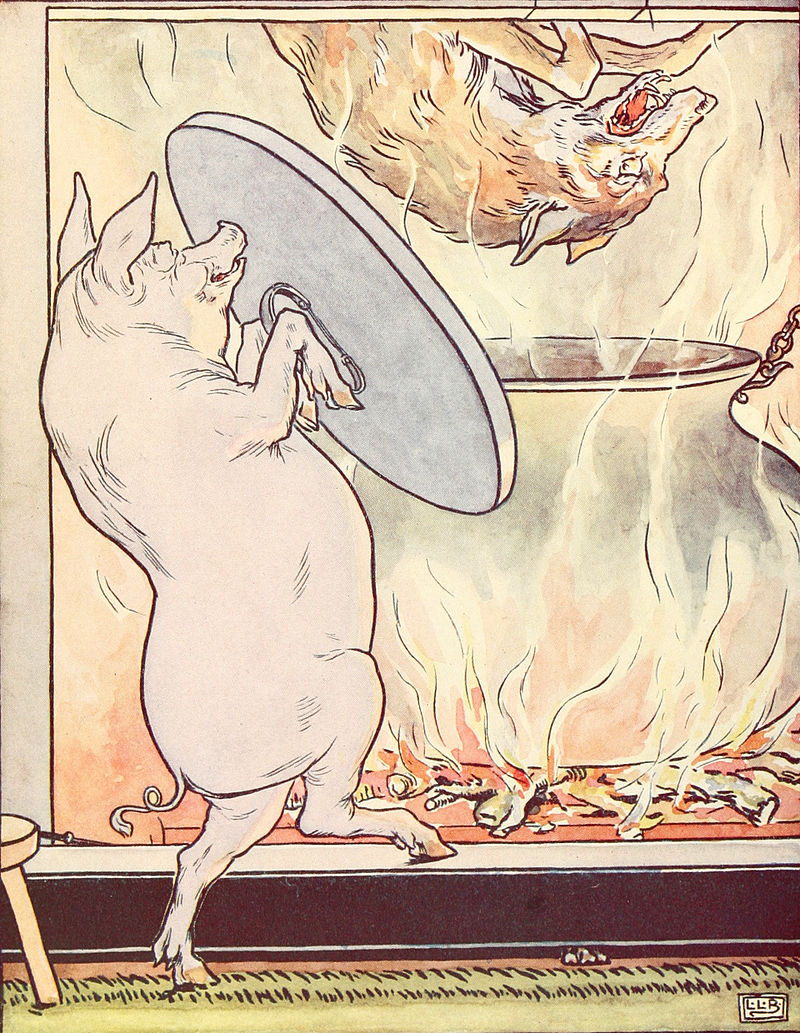 Climax—You may know that the climax is often referred to as the turning point for the protagonist. It is that point in the story that changes the protagonist’s future. When you wake up from being unconscious and realize that you are no longer in your own time, that’s the climax. Everything that happens is related to that moment. Sometimes readers have a difficult time identifying the climax of a story. When a plot is eventful, think of the one event that changes everything for the protagonist going forward.

Falling action—The falling action is everything that happens after the climax. In the introduction, the protagonist of our scenario starts looking for answers. Where am I? What time period is it?

Resolution—Resolution is the end of the story. Does our protagonist find his or her way back home, or does he or she make a new life in the new time?

To practice what you’ve learned about plot, complete the following activity about the fairy tale The Three Little Pigs.

The setting of a story is where and when the story happens. Stories can have a realistic setting—a place and time that exists or has existed—or they can be set in a completely made-up place or time.

For most stories, the setting is an important element. Look at the slides below to learn about the various aspects of setting. 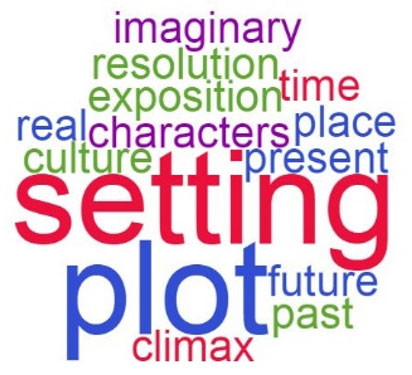 Now that we’ve reviewed the elements of plot and setting, let’s talk about how they are connected. Many times the setting highlights the elements of the plot. For instance, if you begin reading a story that takes place in a remote spot in the desert, you know that most likely you’re not going to be reading about attending a fancy party or a sports game at a crowded stadium. You can make predictions as you read. Some of those predictions may be easy to make because of setting. You might find mystery in the lonely desert. The story might be about animals and people who live in remote places, or the story might be about the beauty of a remote desert. In The Three Little Pigs, one setting—the rickety houses of two of the pigs—supports the plot that the pigs aren’t safe from the big bad wolf. It’s not until the setting changes to the brick house built by the third pig that we see the pigs are safe.

Watch this video for a brief explanation of how setting influences plot.

Read the following excerpt from Chapter 2 of The Adventures of Tom Sawyer by Mark Twain. Tom Sawyer is a boy who lives in the small Missouri town of Hannibal in the 1870s. Notice how Twain manipulates the setting to emphasize Tom’s mood as he thinks about painting a fence.

Now let’s think about the plot of these two short paragraphs. What’s going on in this part of the story?

If you answered that Tom is painting a very long fence, you are correct. How does he feel about this chore?

If you said he is sad, you are correct again. We know in the story that Twain describes Tom as “all gladness” having left him and melancholy settling on him. He doesn’t want to paint the fence on such a pretty summer day.

Here’s the big question: How does the setting of this section support the idea that Tom is painting a fence, but he’s not happy about doing it? Look back at your setting words and phrases to help you figure out the correct answer from the two choices below. 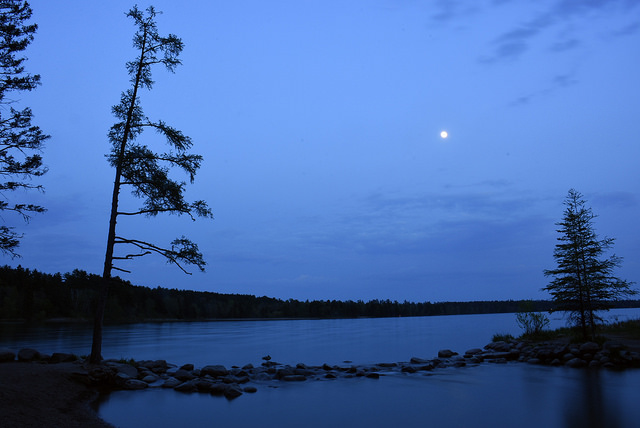 In this section, you will continue analyzing the setting of The Adventures of Tom Sawyer by Mark Twain. In the previous section, you read about young Tom and how his beautiful summer Saturday was ruined by having to paint a fence. Now, you will read an excerpt from Chapter 13. Tom and his friends Huckleberry Finn and Joe Harper have run away from home to become pirates. You might want to make notes about where you think Twain is providing information about the setting. For example, you would read the first sentence, and you might make notes that the first sentence is all about setting. When you read the sentence, you know the setting is on the Mississippi River below the town of St. Petersburg where the river is a mile wide. In the river is a narrow wooded island. As you read the next sentence, you find even more information about the island—that it’s close to the far shore next to a very thick forest. Now, see if you can make notes about setting as you read the rest of the text.

Three miles below St. Petersburg, at a point where the Mississippi River was a trifle over a mile wide, there was a long, narrow, wooded island, with a shallow bar at the head of it, and this offered well as a rendezvous. It was not inhabited; it lay far over toward the further shore, abreast a dense and almost wholly unpeopled forest. So Jackson's Island was chosen. Who were to be the subjects of their piracies was a matter that did not occur to them. Then they hunted up Huckleberry Finn, and he joined them promptly, for all careers were one to him; he was indifferent. They presently separated to meet at a lonely spot on the river-bank two miles above the village at the favorite hour– which was midnight. There was a small log raft there, which they meant to capture. Each would bring hooks and lines, and such provision as he could steal in the most dark and mysterious way–as became outlaws. And before the afternoon was done, they had all managed to enjoy the sweet glory of spreading the fact that pretty soon the town would "hear something." All who got this vague hint were cautioned to "be mum and wait." 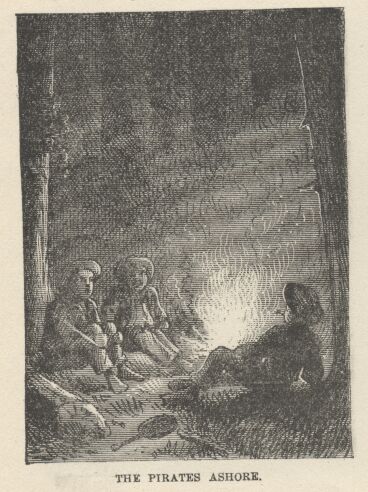 About midnight Tom arrived with a boiled ham and a few trifles, and stopped in a dense undergrowth on a small bluff overlooking the meeting-place. It was starlight, and very still. The mighty river lay like an ocean at rest. Tom listened a moment, but no sound disturbed the quiet. Then he gave a low, distinct whistle. It was answered from under the bluff. Tom whistled twice more; these signals were answered in the same way. Then a guarded voice said:

"Tom Sawyer, the Black Avenger of the Spanish Main. Name your names."

"Huck Finn the Red-Handed, and Joe Harper the Terror of the Seas." Tom had furnished these titles, from his favorite literature.

"'Tis well. Give the countersign."

Then Tom tumbled his ham over the bluff and let himself down after it, tearing both skin and clothes to some extent in the effort. There was an easy, comfortable path along the shore under the bluff, but it lacked the advantages of difficulty and danger so valued by a pirate.

As you read, ask yourself questions about the author. Why did he or she choose the places and the time periods of the story? If you can answer those questions, you are helping yourself have a better and deeper understanding of the stories and novels you read.