4.4 The Endomembrane System and Proteins

In this section, you will explore the following questions

In addition to the presence of nuclei, eukaryotic cells are distinguished by an endomembrane system that includes the plasma membrane, nuclear envelope, lysosomes, vesicles, endoplasmic reticulum, and Golgi apparatus. These subcellular components work together to modify, tag, package, and transport proteins and lipids. The rough endoplasmic reticulum (RER) with its attached ribosomes is the site of protein synthesis and modification. The smooth endoplasmic reticulum (SER) synthesizes carbohydrates, lipids including phospholipids and cholesterol, and steroid hormones; engages in the detoxification of medications and poisons; and stores calcium ions. Lysosomes digest macromolecules, recycle worn-out organelles, and destroy pathogens. Just like your body uses different organs that work together, cells use these organelles together to perform specific functions. For example, proteins that are synthesized in the RER then travel to the Golgi apparatus for modification and packaging for either storage or transport. If these proteins are hydrolytic enzymes, they can be stored in lysosomes. Mitochondria produce the energy needed for these processes. This functional flow through several organelles, a process which is dependent on energy produced by yet another organelle, serves as a hallmark illustration of the cell’s complex, interconnected dependence on its organelles.

The Science Practices Assessment Ancillary contains additional test questions for this section that will help you prepare for the AP exam. These questions address the following standards:

The endomembrane system (endo = within) is a group of membranes and organelles (Figure 4.18) in eukaryotic cells that work together to modify, package, and transport lipids and proteins. It includes the nuclear envelope, lysosomes, and vesicles, which we have already mentioned, and the endoplasmic reticulum and Golgi apparatus, which we will cover shortly. Although not technically within the cell, the plasma membrane is included in the endomembrane system because, as you will see, it interacts with the other endomembranous organelles. The endomembrane system does not include the membranes of either mitochondria or chloroplasts.

Figure 4.18 Membrane and secretory proteins are synthesized in the rough endoplasmic reticulum (RER). The RER also sometimes modifies proteins. In this illustration, a (green) integral membrane protein in the ER is modified by attachment of a (purple) carbohydrate. Vesicles with the integral protein buds from the ER and fuse with the cis face of the Golgi apparatus. As the protein passes along the Golgi’s cisternae, it is further modified by the addition of more carbohydrates. After its synthesis is complete, it exits as an integral membrane protein of the vesicle that buds from the Golgi’s trans face, and when the vesicle fuses with the cell membrane, the protein becomes an integral portion of that cell membrane. (credit: modification of work by Magnus Manske)

If a peripheral membrane protein were synthesized inside the lumen of the ER, would it end up on the inside or outside of the plasma membrane?

The endoplasmic reticulum (ER) (Figure 4.18) is a series of interconnected membranous sacs and tubules that collectively modifies proteins and synthesizes lipids. However, these two functions are performed in separate areas of the ER: the rough ER and the smooth ER, respectively.

The hollow portion of the ER tubules is called the lumen or cisternal space. The membrane of the ER, which is a phospholipid bilayer embedded with proteins, is continuous with the nuclear envelope.

The rough endoplasmic reticulum (RER) is so named because the ribosomes attached to its cytoplasmic surface give it a studded appearance when viewed through an electron microscope (Figure 4.19).

Figure 4.19 This transmission electron micrograph shows the rough endoplasmic reticulum and other organelles in a pancreatic cell. (credit: modification of work by Louisa Howard)

Ribosomes transfer their newly synthesized proteins into the lumen of the RER where they undergo structural modifications, such as folding or the acquisition of side chains. These modified proteins will be incorporated into cellular membranes—the membrane of the ER or those of other organelles—or secreted from the cell (such as protein hormones; enzymes). The RER also makes phospholipids for cellular membranes.

If the phospholipids or modified proteins are not destined to stay in the RER, they will reach their destinations via transport vesicles that bud from the RER’s membrane (Figure 4.18).

Since the RER is engaged in modifying proteins (such as enzymes, for example) that will be secreted from the cell, you would be correct in assuming that the RER is abundant in cells that secrete proteins. This is the case with cells of the liver, for example.

The smooth endoplasmic reticulum (SER) is continuous with the RER but has few or no ribosomes on its cytoplasmic surface (Figure 4.18). Functions of the SER include synthesis of carbohydrates, lipids, and steroid hormones; detoxification of medications and poisons; and storage of calcium ions.

In muscle cells, a specialized SER called the sarcoplasmic reticulum is responsible for storage of the calcium ions that are needed to trigger the coordinated contractions of the muscle cells. 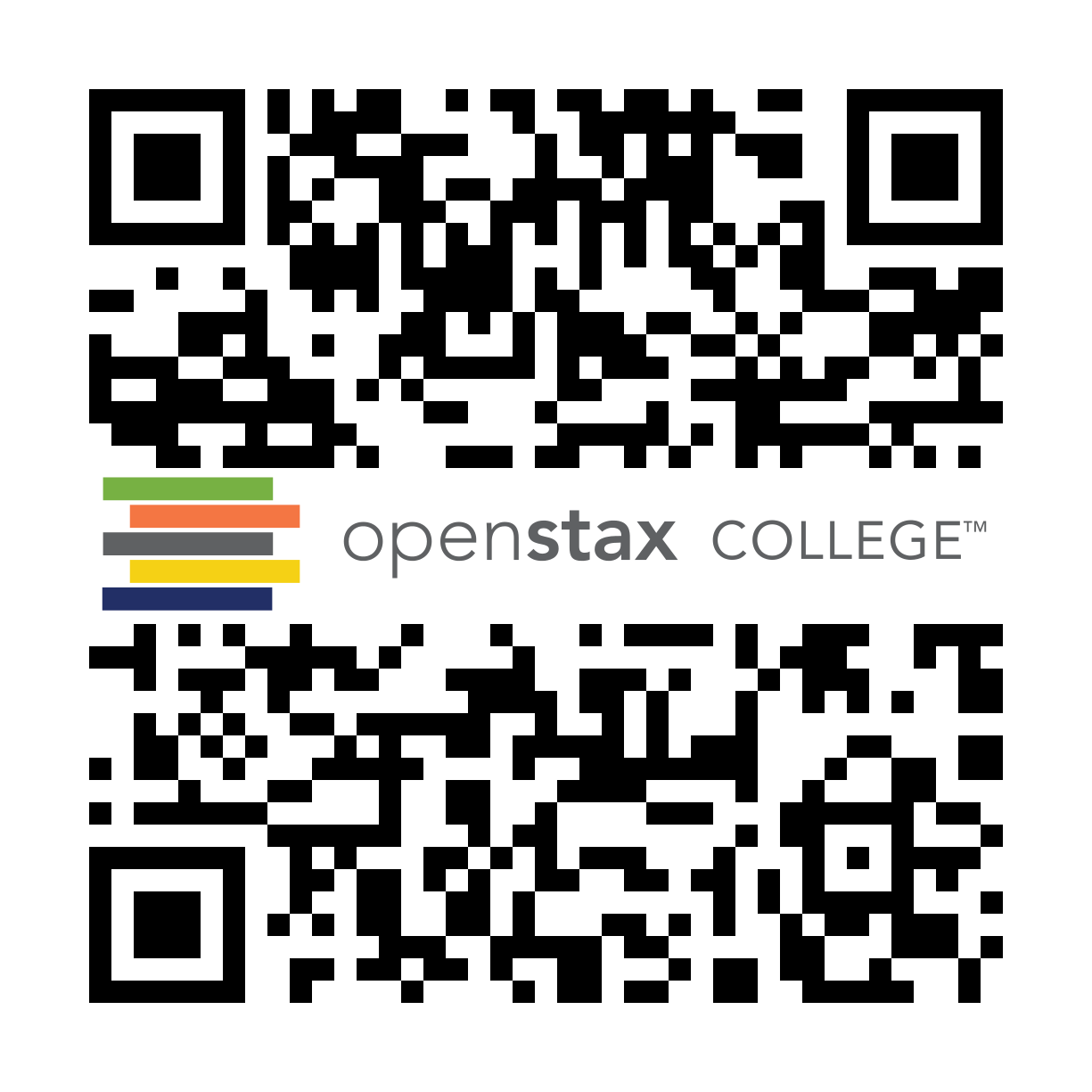 You can watch an excellent animation of the endomembrane system here. At the end of the animation, there is a short self-assessment.

Explain how the nucleus and the endomembrane system work together for protein synthesis.

Heart disease is the leading cause of death in the United States. This is primarily due to our sedentary lifestyle and our high trans-fat diets.

Heart failure is just one of many disabling heart conditions. Heart failure does not mean that the heart has stopped working. Rather, it means that the heart can not pump with sufficient force to transport oxygenated blood to all the vital organs. Left untreated, heart failure can lead to kidney failure and failure of other organs.

The wall of the heart is composed of cardiac muscle tissue. Heart failure occurs when the endoplasmic reticula of cardiac muscle cells do not function properly. As a result, an insufficient number of calcium ions are available to trigger a sufficient contractile force.

Cardiologists (cardi- = heart; -ologist = one who studies) are doctors who specialize in treating heart diseases, including heart failure. Cardiologists can make a diagnosis of heart failure via physical examination, results from an electrocardiogram (ECG—a test that measures the electrical activity of the heart), a chest X-ray to see whether the heart is enlarged, and other tests. If heart failure is diagnosed, the cardiologist will typically prescribe appropriate medications and recommend a reduction in table salt intake and a supervised exercise program.

We have already mentioned that vesicles can bud from the ER and transport their contents elsewhere, but where do the vesicles go? Before reaching their final destination, the lipids or proteins within the transport vesicles still need to be sorted, packaged, and tagged so that they wind up in the right place. Sorting, tagging, packaging, and distribution of lipids and proteins takes place in the Golgi apparatus (also called the Golgi body): a series of flattened membranes (Figure 4.20).

Figure 4.20 The Golgi apparatus in this white blood cell is visible as a stack of semicircular, flattened rings in the lower portion of the image. Several vesicles can be seen near the Golgi apparatus. (credit: modification of work by Louisa Howard)

The receiving side of the Golgi apparatus is called the cis face. The opposite side is called the trans face. The transport vesicles that formed from the ER travel to the cis face, fuse with it, and empty their contents into the lumen of the Golgi apparatus. As the proteins and lipids travel through the Golgi, they undergo further modifications that allow them to be sorted. The most frequent modification is the addition of short chains of sugar molecules. These newly modified proteins and lipids are then tagged with phosphate groups or other small molecules so that they can be routed to their proper destinations.

In another example of form following function, cells that engage in a great deal of secretory activity, such as cells of the salivary glands that secrete digestive enzymes or cells of the immune system that secrete antibodies, have an abundance of Golgi.

Many diseases arise from genetic mutations that prevent the synthesis of critical proteins. One such disease is Lowe disease (also called oculocerebrorenal syndrome, because it affects the eyes, brain, and kidneys). In Lowe disease, there is a deficiency in an enzyme localized to the Golgi apparatus. Children with Lowe disease are born with cataracts, typically develop kidney disease after the first year of life, and may have impaired mental abilities.

Geneticists analyze the results of prenatal genetic tests and may counsel pregnant women on available options. They may also conduct genetic research that leads to new drugs or foods, or perform DNA analyses that are used in forensic investigations.

In addition to their role as the digestive component and organelle-recycling facility of animal cells, lysosomes are considered to be parts of the endomembrane system. Lysosomes also use their hydrolytic enzymes to destroy pathogens (disease-causing organisms) that might enter the cell. A good example of this occurs in a group of white blood cells called macrophages, which are part of your body’s immune system. In a process known as phagocytosis or endocytosis, a section of the plasma membrane of the macrophage invaginates (folds in) and engulfs a pathogen. The invaginated section, with the pathogen inside, then pinches itself off from the plasma membrane and becomes a vesicle. The vesicle fuses with a lysosome. The lysosome’s hydrolytic enzymes then destroy the pathogen (Figure 4.21).

Figure 4.21 A macrophage has engulfed (phagocytized) a potentially pathogenic bacterium, which then fuses with a lysosome within the cell to destroy the pathogen. Other organelles are present in the cell but for simplicity are not shown.

A certain cell type functions primarily to synthesize proteins for export. What is the most likely route the newly made protein takes through the cell? Justify your prediction.