Recall that the epidermis is the outermost layer of skin in mammals. It is relatively thin, is composed of keratin-filled cells, and has no blood supply. The epidermis serves as a barrier to water and to invasion by pathogens. Below this, the much thicker dermis contains blood vessels, sweat glands, hair follicles, lymph vessels, and lipid-secreting sebaceous glands (Figure 27.4). Below the epidermis and dermis is the subcutaneous tissue, or hypodermis, the fatty layer that contains blood vessels, connective tissue, and the axons of sensory neurons. The hypodermis, which holds about 50 percent of the body’s fat, attaches the dermis to the bone and muscle, and supplies nerves and blood vessels to the dermis.

Figure 27.4 Mammalian skin has three layers: an epidermis, a dermis, and a hypodermis. (credit: modification of work by Don Bliss, National Cancer Institute)

Sensory receptors are classified into five categories: mechanoreceptors, thermoreceptors, proprioceptors, pain receptors, and chemoreceptors. These categories are based on the nature of stimuli each receptor class transduces. What is commonly referred to as touch involves more than one kind of stimulus and more than one kind of receptor. Mechanoreceptors in the skin are described as encapsulated, that is, surrounded by a capsule, or unencapsulated—a group that includes free nerve endings. A free nerve ending, as its name implies, is an unencapsulated dendrite of a sensory neuron. Free nerve endings are the most common nerve endings in skin, and they extend into the middle of the epidermis. Free nerve endings are sensitive to painful stimuli, to hot and cold, and to light touch. They are slow to adjust to a stimulus and so are less sensitive to abrupt changes in stimulation.

There are three classes of mechanoreceptors: tactile, proprioceptors, and baroreceptors. Mechanoreceptors sense stimuli due to physical deformation of their plasma membranes. They contain mechanically gated ion channels whose gates open or close in response to pressure, touch, stretching, and sound. There are four primary tactile mechanoreceptors in human skin: Merkel’s disks, Meissner’s corpuscles, Ruffini endings, and Pacinian corpuscles; two are located toward the surface of the skin and two are located deeper. A fifth type of mechanoreceptor, Krause end bulbs, are found only in specialized regions. Merkel’s disks (shown in Figure 27.5) are found in the upper layers of skin near the base of the epidermis, both in skin that has hair and on glabrous skin, that is, the hairless skin found on the palms and fingers, the soles of the feet, and the lips of humans and other primates. Merkel’s disks are densely distributed in the fingertips and lips. They are slow-adapting, unencapsulated nerve endings, and they respond to light touch. Light touch, also known as discriminative touch, is a light pressure that allows the location of a stimulus to be pinpointed. The receptive fields of Merkel’s disks are small with well-defined borders. That makes them finely sensitive to edges and they come into use in tasks such as typing on a keyboard.

Meissner’s corpuscles, (shown in Figure 27.6) also known as tactile corpuscles, are found in the upper dermis, but they project into the epidermis. They, too, are found primarily in the glabrous skin on the fingertips and eyelids. They respond to fine touch and pressure, but they also respond to low-frequency vibration or flutter. They are rapidly adapting, fluid-filled, encapsulated neurons with small, well-defined borders and are responsive to fine details. Like Merkel’s disks, Meissner’s corpuscles are not as plentiful in the palms as they are in the fingertips.

Figure 27.6 Meissner corpuscles in the fingertips, such as the one viewed here using bright field light microscopy, allow for touch discrimination of fine detail. (credit: modification of work by "Wbensmith"/Wikimedia Commons; scale-bar data from Matt Russell)

Deeper in the epidermis, near the base, are Ruffini endings, which are also known as bulbous corpuscles. They are found in both glabrous and hairy skin. These are slow-adapting, encapsulated mechanoreceptors that detect skin stretch and deformations within joints, so they provide valuable feedback for gripping objects and controlling finger position and movement. Thus, they also contribute to proprioception and kinesthesia. Ruffini endings also detect warmth. Note that these warmth detectors are situated deeper in the skin than are the cold detectors. It is not surprising, then, that humans detect cold stimuli before they detect warm stimuli.

Pacinian corpuscles (seen in Figure 27.7) are located deep in the dermis of both glabrous and hairy skin and are structurally similar to Meissner’s corpuscles; they are found in the bone periosteum, joint capsules, pancreas and other viscera, breast, and genitals. They are rapidly adapting mechanoreceptors that sense deep transient but not prolonged pressure and high-frequency vibration. Pacinian receptors detect pressure and vibration by being compressed, stimulating their internal dendrites. There are fewer Pacinian corpuscles and Ruffini endings in skin than there are Merkel’s disks and Meissner’s corpuscles.

In proprioception, proprioceptive and kinesthetic signals travel through myelinated afferent neurons running from the spinal cord to the medulla. Neurons are not physically connected, but communicate via neurotransmitters secreted into synapses or gaps between communicating neurons. Once in the medulla, the neurons continue carrying the signals to the thalamus.

Muscle spindles are stretch receptors that detect the amount of stretch, or lengthening of muscles. Related to these are Golgi tendon organs, which are tension receptors that detect the force of muscle contraction. Proprioceptive and kinesthetic signals come from limbs. Unconscious proprioceptive signals run from the spinal cord to the cerebellum, the brain region that coordinates muscle contraction, rather than to the thalamus, like most other sensory information.

Baroreceptors detect pressure changes in an organ. They are found in the walls of the carotid artery and the aorta where they monitor blood pressure, and in the lungs where they detect the degree of lung expansion. Stretch receptors are found at various sites in the digestive and urinary systems.

Integration of Signals from Mechanoreceptors

The configuration of the different types of receptors working in concert in human skin results in a very refined sense of touch. The nociceptive receptors—those that detect pain—are located near the surface. Small, finely calibrated mechanoreceptors—Merkel’s disks and Meissner’s corpuscles—are located in the upper layers and can precisely localize even gentle touch. The large mechanoreceptors—Pacinian corpuscles and Ruffini endings—are located in the lower layers and respond to deeper touch. Consider that the deep pressure that reaches those deeper receptors would not need to be finely localized. Both the upper and lower layers of the skin hold rapidly and slowly adapting receptors. Both primary somatosensory cortex and secondary cortical areas are responsible for processing the complex picture of stimuli transmitted from the interplay of mechanoreceptors.

The distribution of touch receptors in human skin is not consistent over the body. In humans, touch receptors are less dense in skin covered with any type of hair, such as the arms, legs, torso, and face. Touch receptors are denser in glabrous skin—the type found on human fingertips and lips, for example—which is typically more sensitive and is thicker than hairy skin—four to five millimeters versus two to three millimeters).

How is receptor density estimated in a human subject? The relative density of pressure receptors in different locations on the body can be demonstrated experimentally using a two-point discrimination test. In this demonstration, two sharp points, such as two thumbtacks, are brought into contact with the subject’s skin, though not hard enough to cause pain or break the skin. The subject reports if he or she feels one point or two points. If the two points are felt as one point, it can be inferred that the two points are both in the receptive field of a single sensory receptor. If two points are felt as two separate points, each is in the receptive field of two separate sensory receptors. The points could then be moved closer and re-tested until the subject reports feeling only one point, and the size of the receptive field of a single receptor could be estimated from that distance.

In addition to Krause end bulbs that detect cold and Ruffini endings that detect warmth, there are different types of cold receptors on some free nerve endings: thermoreceptors, located in the dermis, skeletal muscles, liver, and hypothalamus, that are activated by different temperatures. Their pathways into the brain run from the spinal cord through the thalamus to the primary somatosensory cortex. Warmth and cold information from the face travels through one of the cranial nerves to the brain. You know from experience that a tolerably cold or hot stimulus can quickly progress to a much more intense stimulus that is no longer tolerable. Any stimulus that is too intense can be perceived as pain because temperature sensations are conducted along the same pathways that carry pain sensations

Pain is the name given to nociception, which is the neural processing of injurious stimuli in response to tissue damage. Pain is caused by true sources of injury, such as contact with a heat source that causes a thermal burn or contact with a corrosive chemical. But pain also can be caused by harmless stimuli that mimic the action of damaging stimuli, such as contact with capsaicins, the compounds that cause peppers to taste hot and which are used in self-defense pepper sprays and certain topical medications. Peppers taste hot because the protein receptors that bind capsaicin open the same calcium channels that are activated by warm receptors.

Nociception starts at the sensory receptors, but pain, in-as-much as it is the perception of nociception, does not start until it is communicated to the brain. There are several nociceptive pathways to and through the brain. Most axons carrying nociceptive information into the brain from the spinal cord project to the thalamus—as do other sensory neurons—and the neural signal undergoes final processing in the primary somatosensory cortex. Interestingly, one nociceptive pathway projects not to the thalamus but directly to the hypothalamus in the forebrain, which modulates the cardiovascular and neuroendocrine functions of the autonomic nervous system. Recall that threatening—or painful—stimuli stimulate the sympathetic branch of the visceral sensory system, readying a fight-or-flight response. 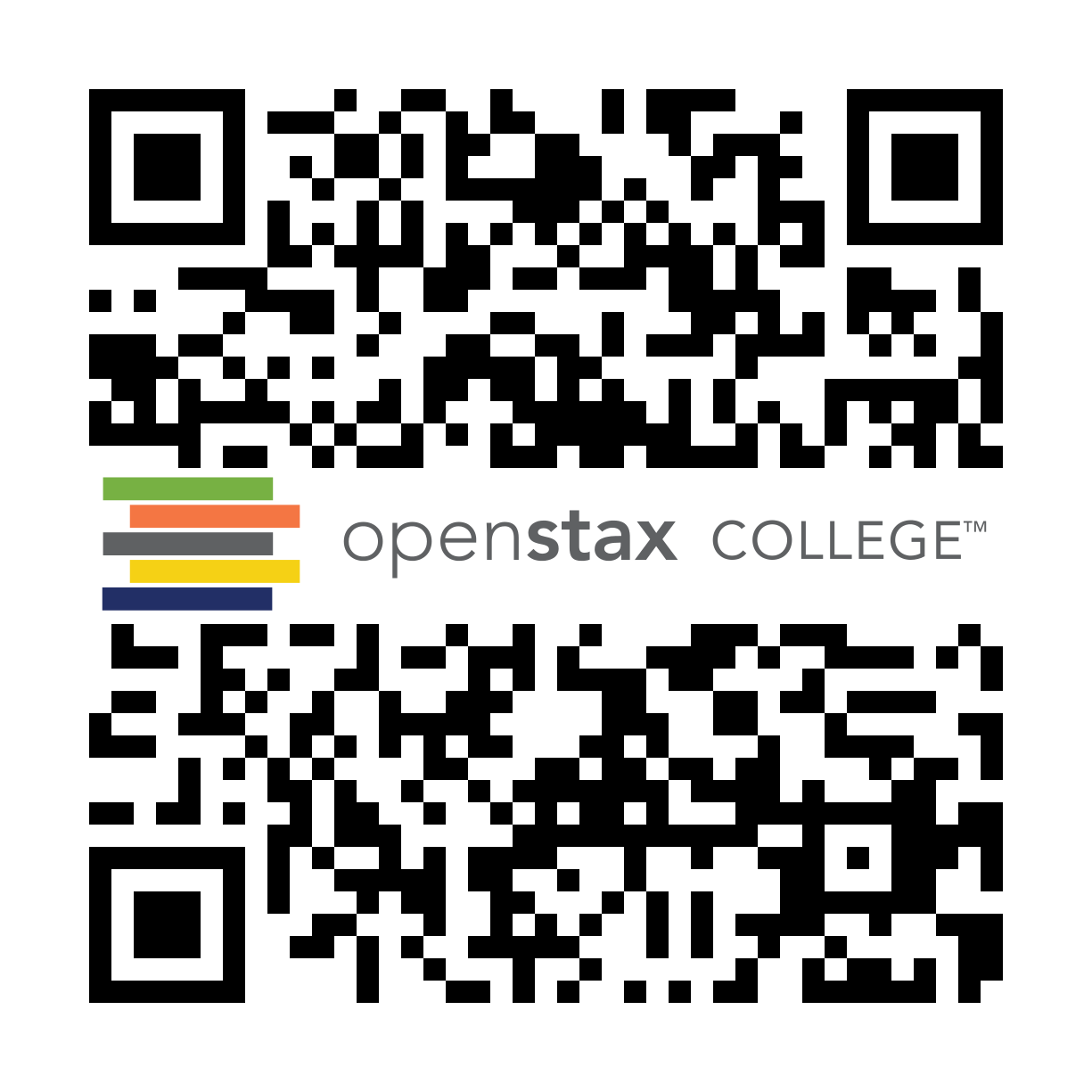 View this video that animates the five phases of nociceptive pain.

Select the stimulus that can activate the nociceptive system.